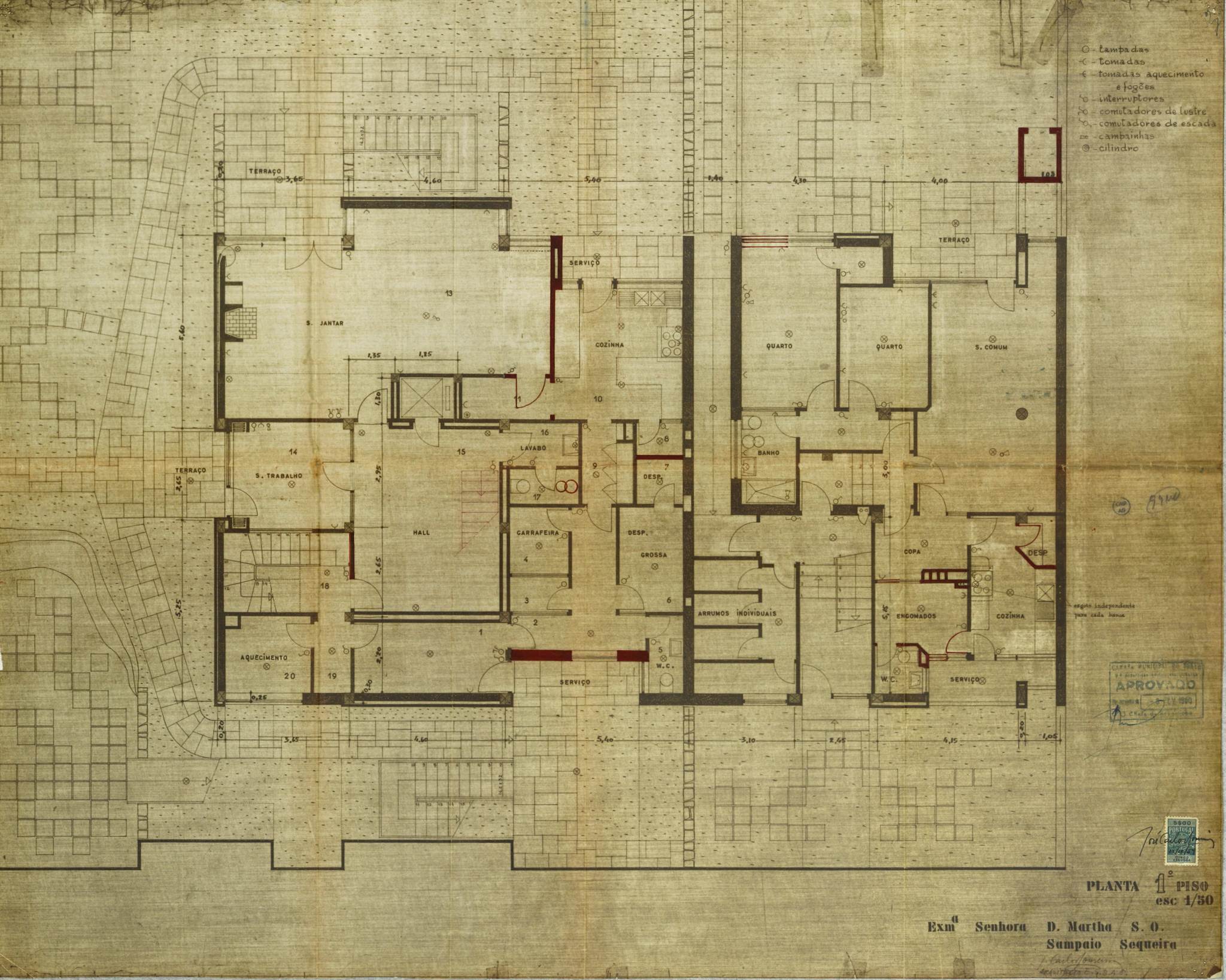 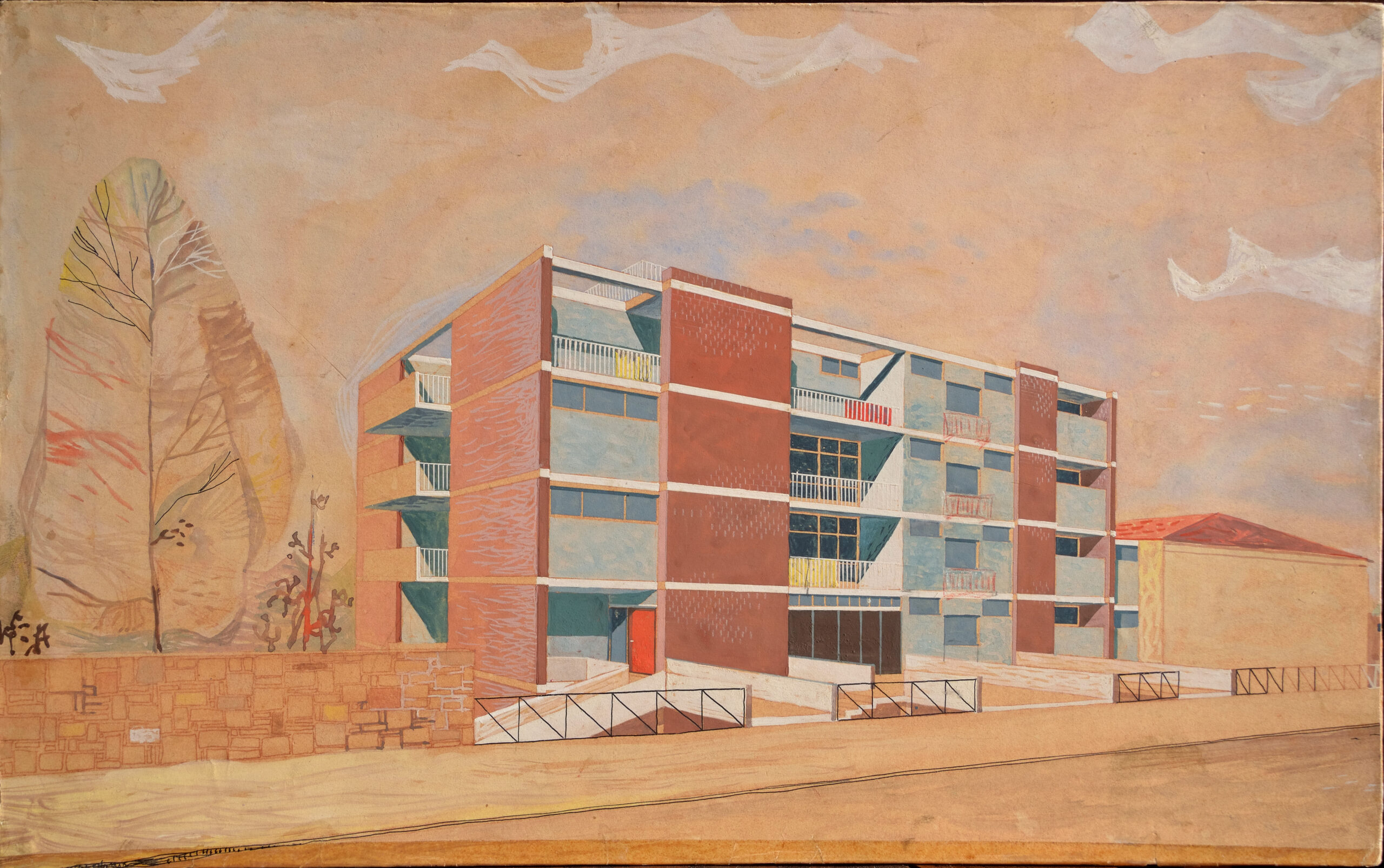 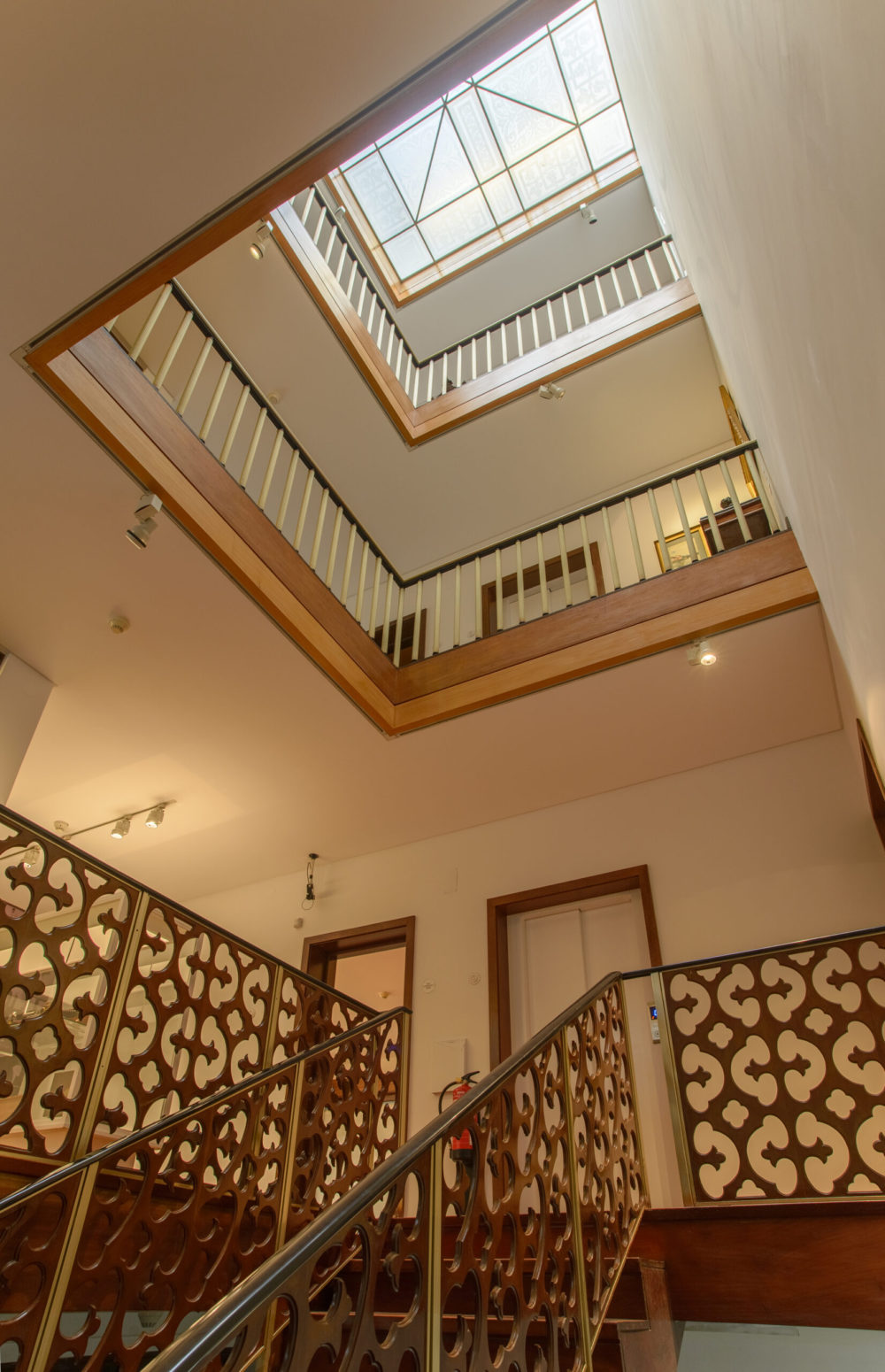 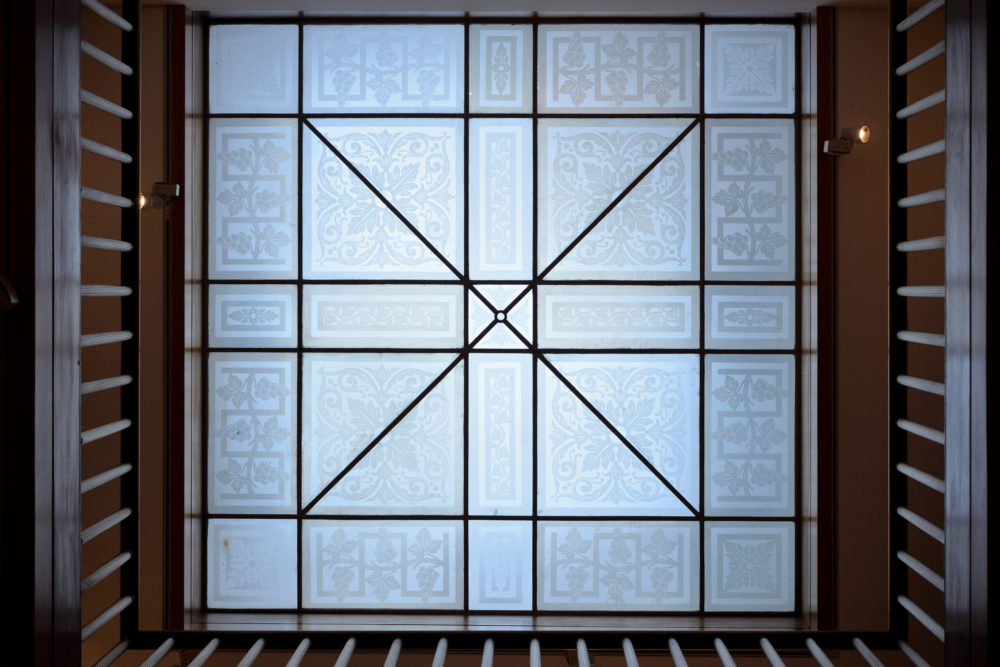 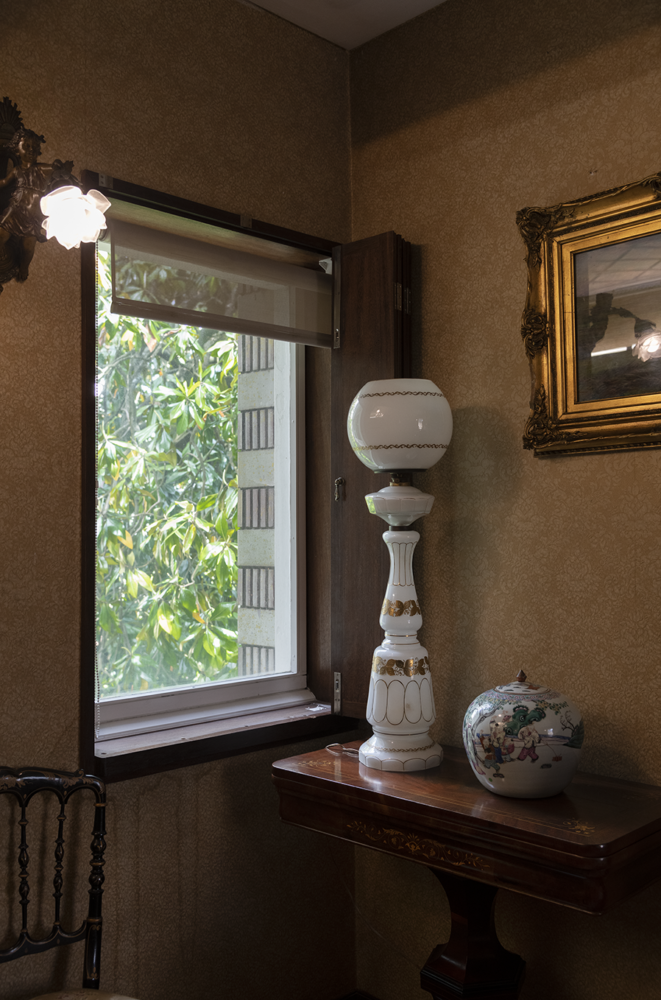 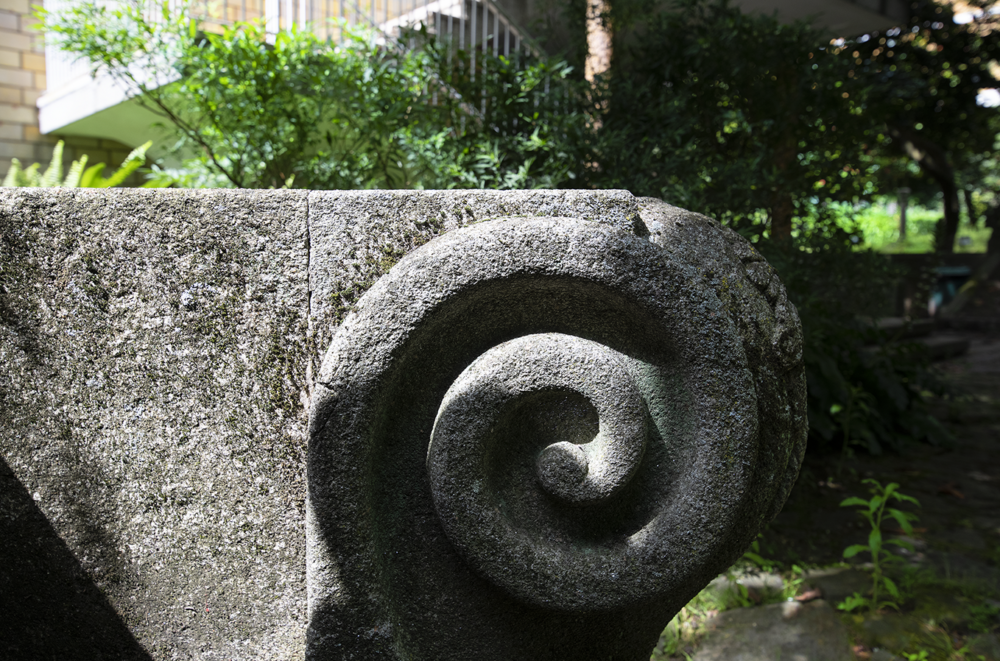 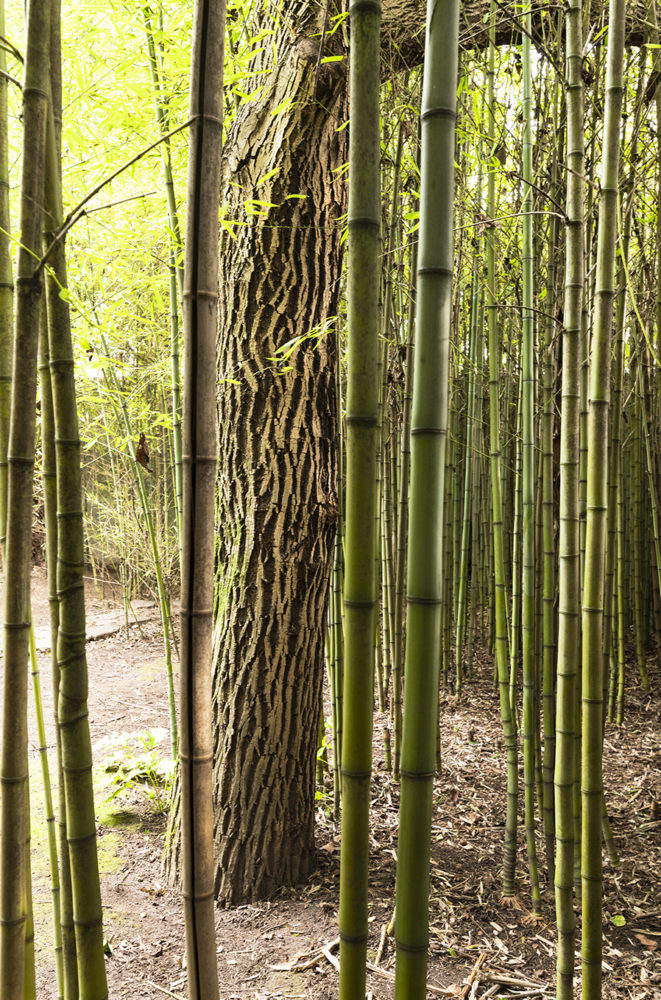 Installed in a modernist building that was built in 1958, designed by José Carlos Loureiro, the Casa Marta Ortigão Sampaio was the result of a donation to Porto City Council in 1978, that opened to the public in 1996.

Marta Ortigão Sampaio (1897-1978), the daughter of Estela de Souza and Vasco Ortigão Sampaio, nephew of Ramalho Ortigão and a famous collector and patron from Porto, was the maternal niece of the painters, Aurélia de Souza and Sofia de Souza. She was born in a privileged context and came into contact with artistic practices from an early age.

Station 2 of the City Museum evokes the living environment of this bourgeois family from Porto, presenting painting collection, a jewellery collection, a library specialising in art books, items of furniture of French, English and Indo-Portuguese influence and other decorative works of art.

The collection is constituted by the transfer of the furnishings, or part thereof, of the house where the couple lived in S. Mamede de Infesta – Matosinhos. It is curious that the house on Rua de Nossa Senhora de Fátima was never actually inhabited, indicating the secret intention of this construction, that was destined to be bequeathed to the city.

It is inscribed on the sound axis, which in the House enhances other readings and narratives in dialogue with the collection, and on the romantic axis, due to the persistence of the romantic spirit in the bourgeois taste of the first half of the 20th century.

The Casa Marta Ortigão Sampaio contains Portuguese naturalist works by Silva Porto, Carlos Reis, Malhoa, Roque Gameiro, among others, and an important collection of paintings, drawings and photographs by Aurélia de Souza, one of the most unique Portuguese artists of her time.

The important jewellery collection, one of the largest for personal use, includes nearly 300 items from the late 17th to the 20th century.

Flanking the house, in the garden, there are carved stones that belonged to the Convent of S. Bento de Avé-Maria, a small lake and interesting flora, such as species of magnolias [magnolia grandiflora], and an Atlas Cedar [Cedrus atlantica] in the nature axis.